Yesterday, 26th Jan 2015, for approximately 1 hour, Facebook and Instagram went down. Since FB is branded as the third most populous country in the world, as expected, a lot of people cared about the outage.

People were forced to interact with each other now... on Twitter, no less. There were plenty of good pokes, humorous one-liners and pithy amusements. Quips and hopes were both high on getting in touch with family, being productive and curing cancer.

News organizations were clearly the smuggest, feeling pretty relevant about themselves. What was the cause of it all, who was to blame: amphibian hackers, parodied dictators or an internal glitch.

This blog post doesn't care about that. This is about the Marketing that went down that night.

As Oreo showed us during the Superbowl blackout, people notice realtime marketing. DareISay, you have permission to be salesy. In a fun way. For a brief window of time, brands can shine.

While brand America was sleeping, we got a glimpse into realtime marketing from across the globe. So let's see what the pros brought out during #facebookdown.

Facebook is a fix for junkies looking for user generated content. In lieu of that option- you could try these instead: 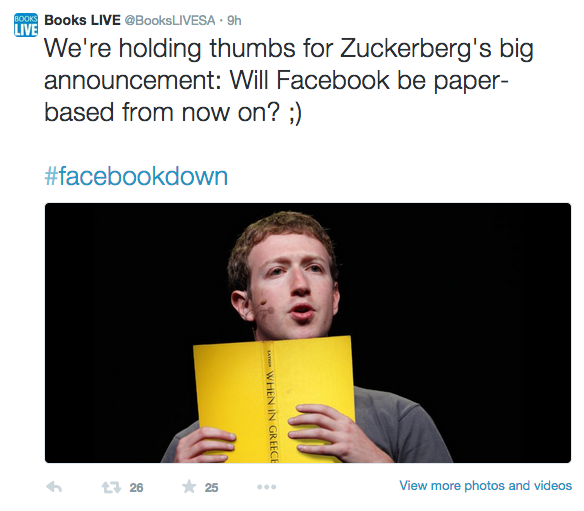 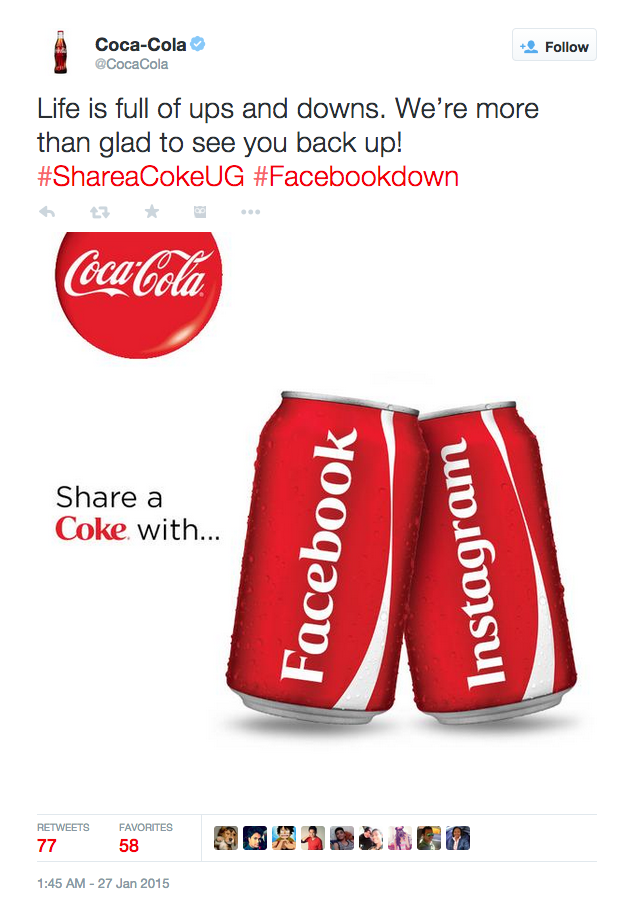 Late to the party, don't know who invited the other hashtag. 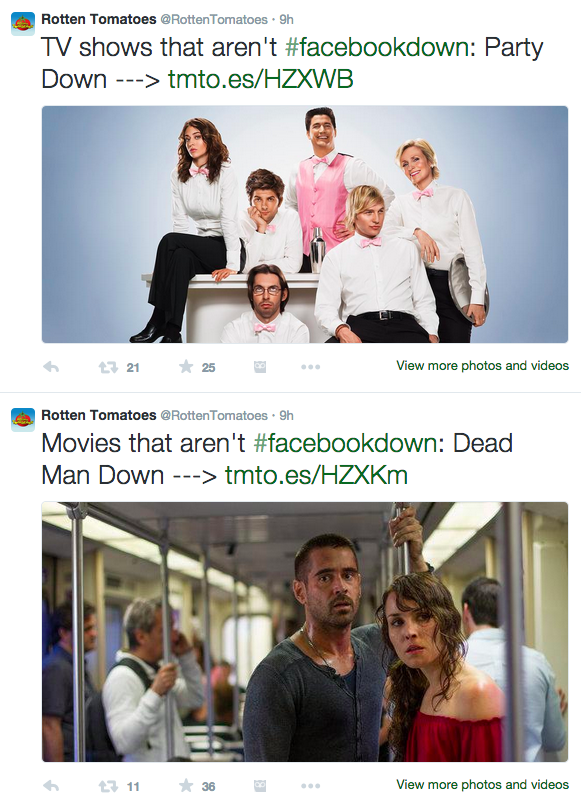 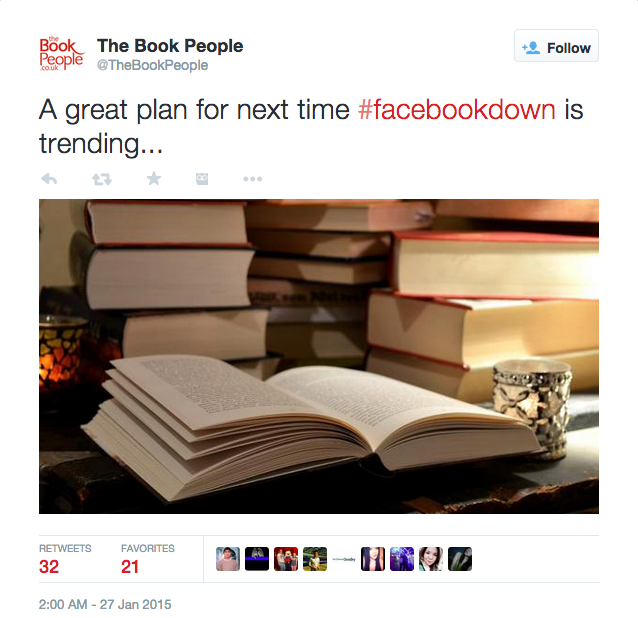 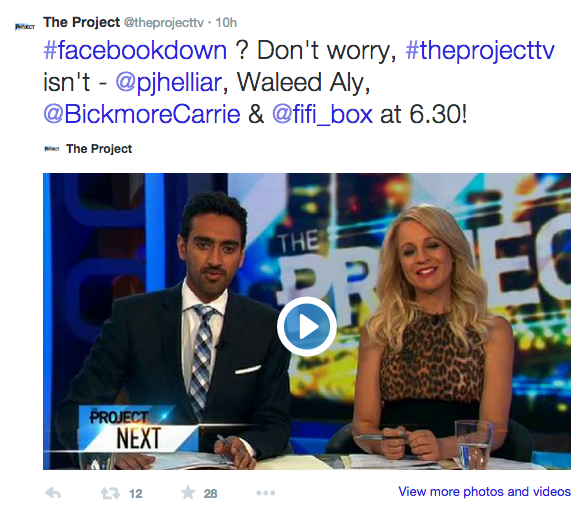 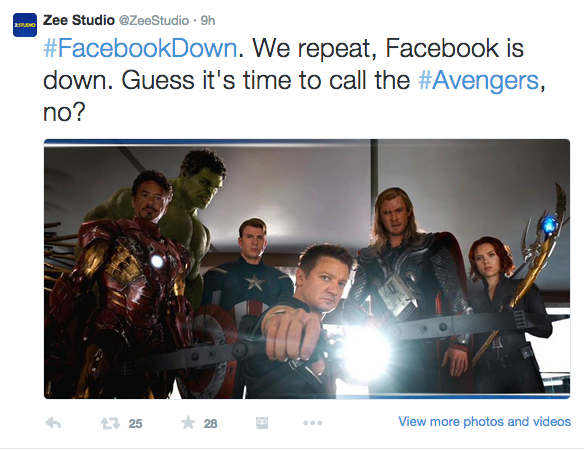 GO OUTSIDE: Get a life 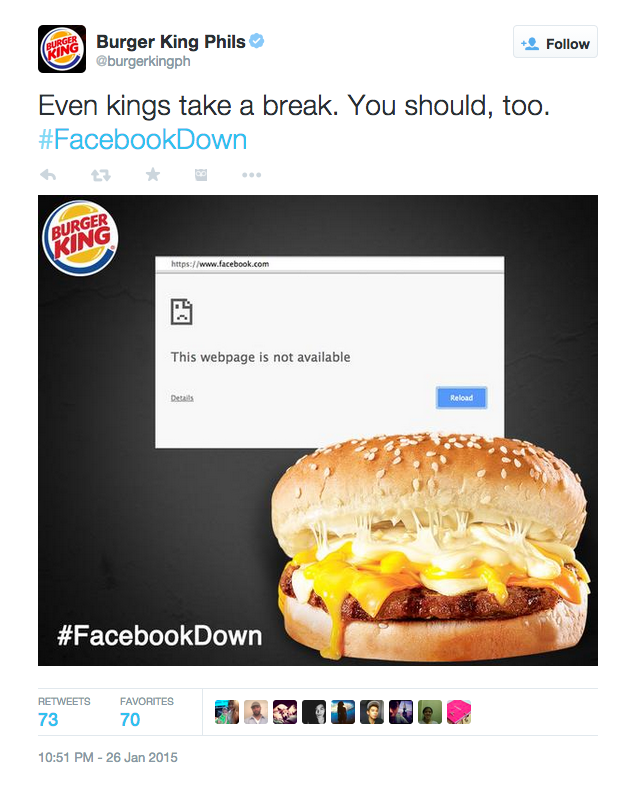 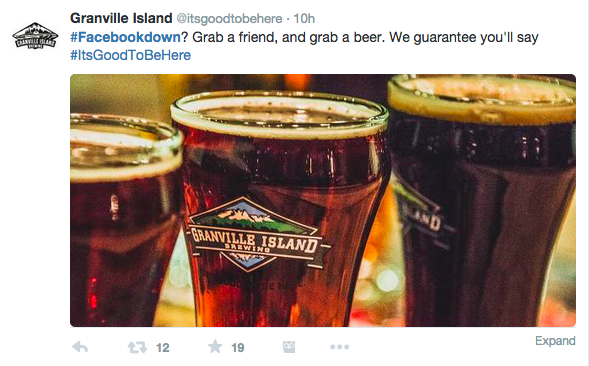 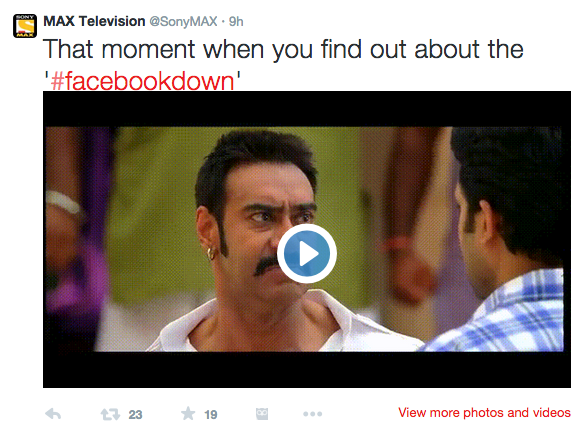 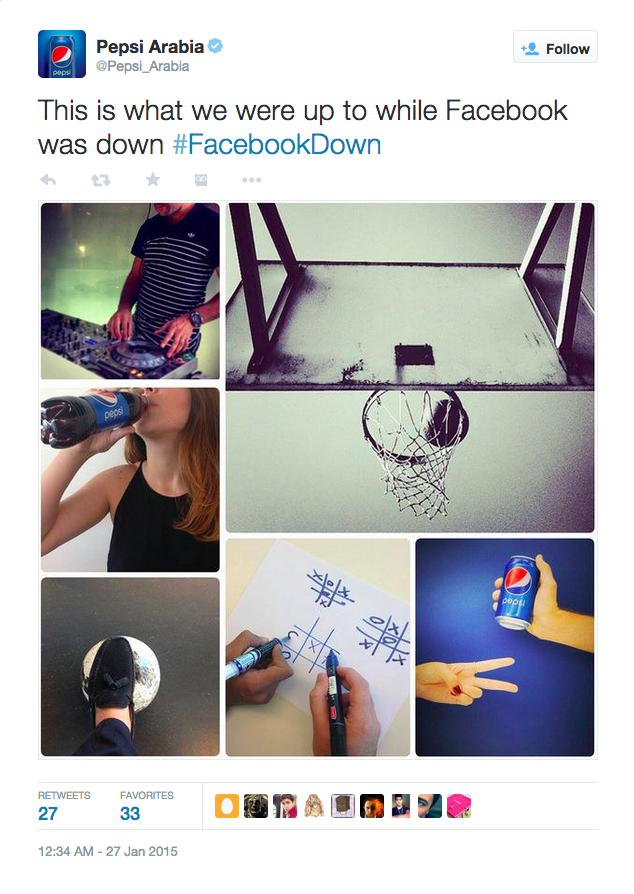 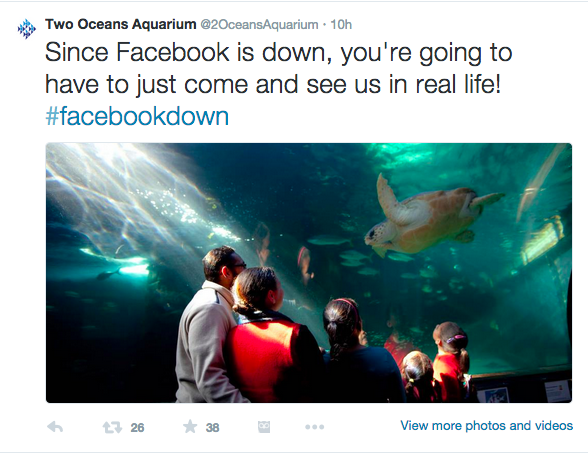 By the time your pictures are taken, it'll be back up. Glee.

WHIMSICAL: We're in on the joke 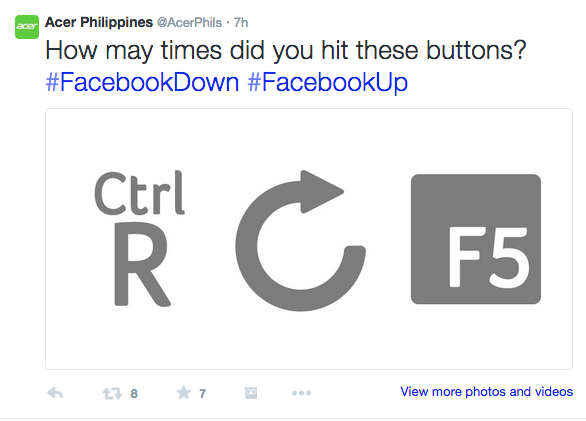 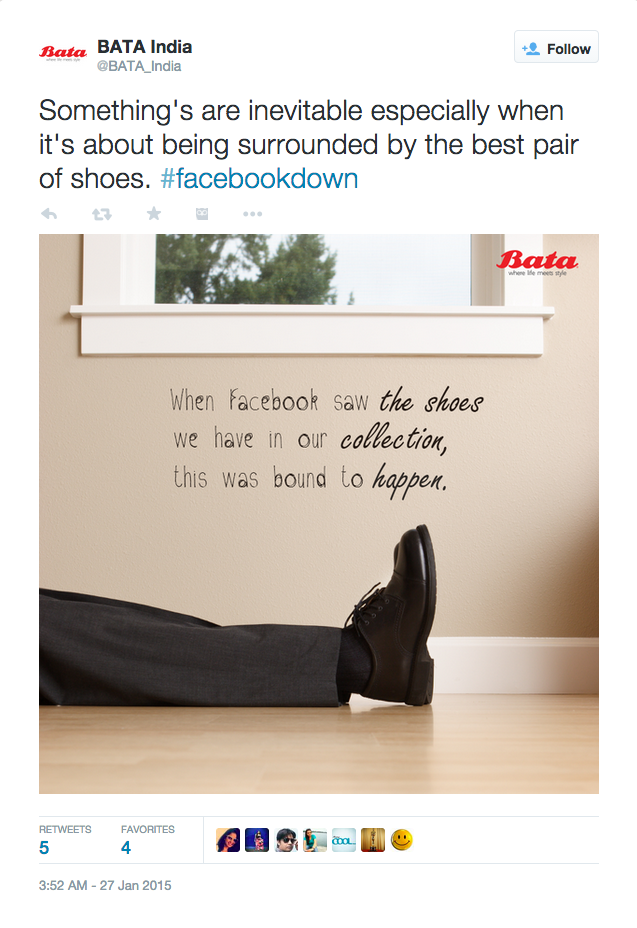 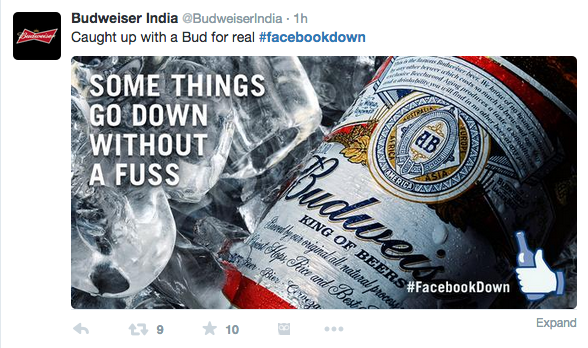 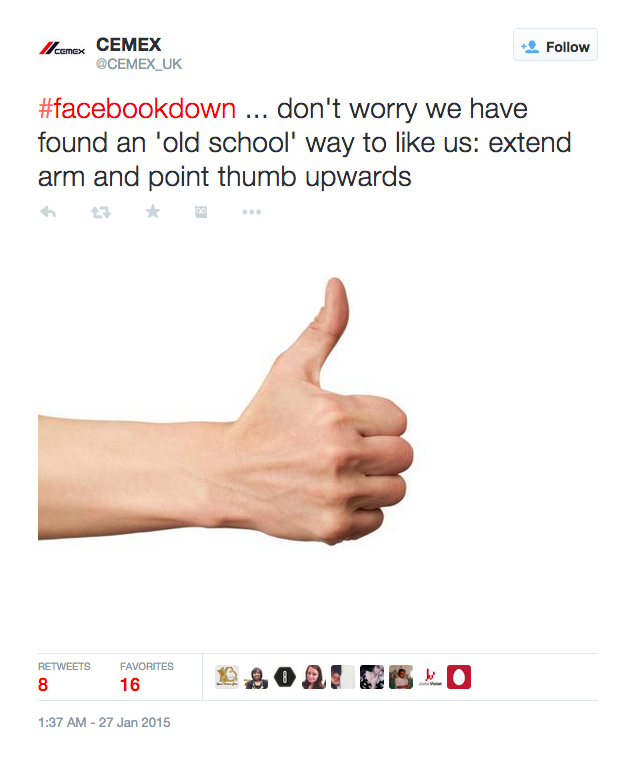 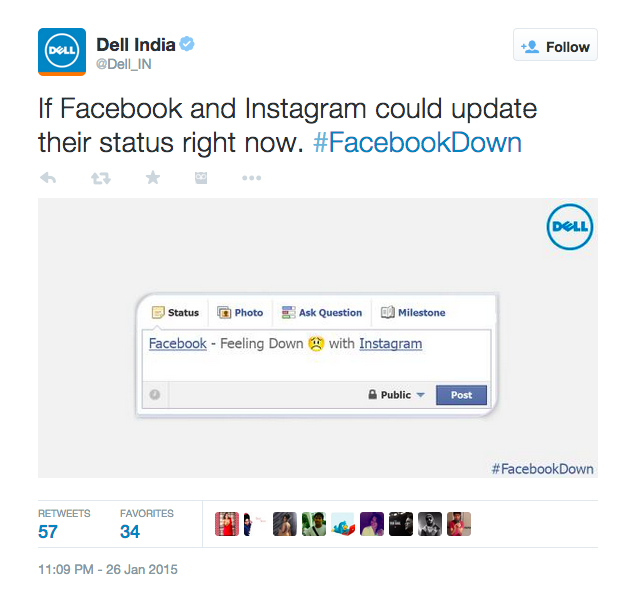 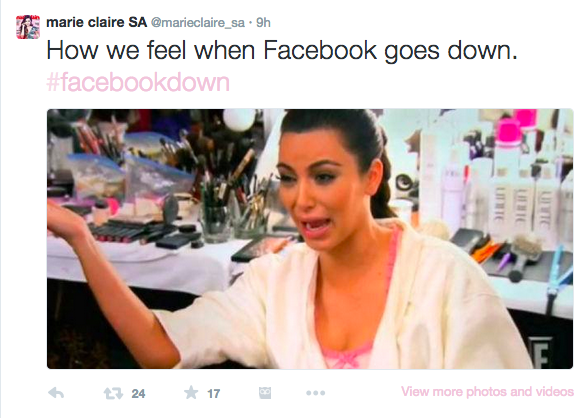 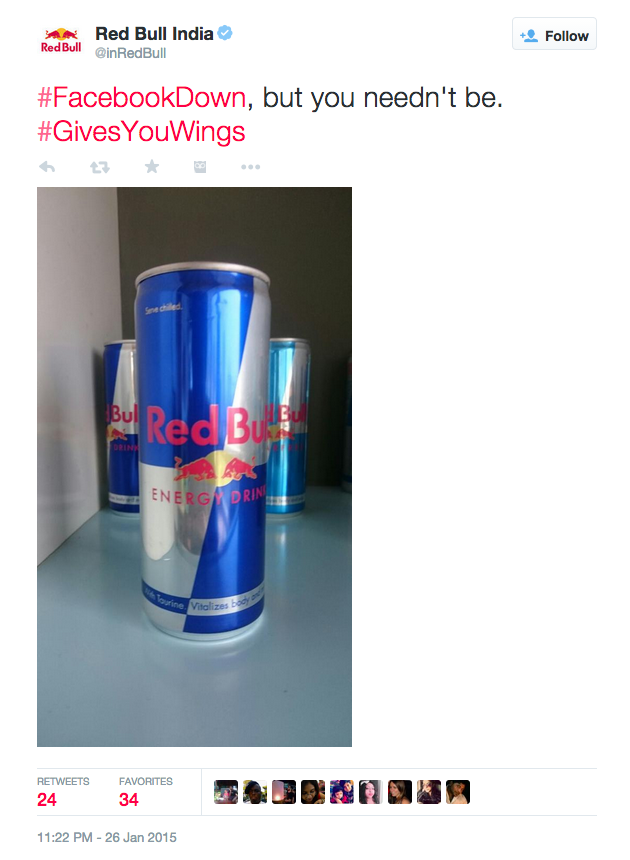 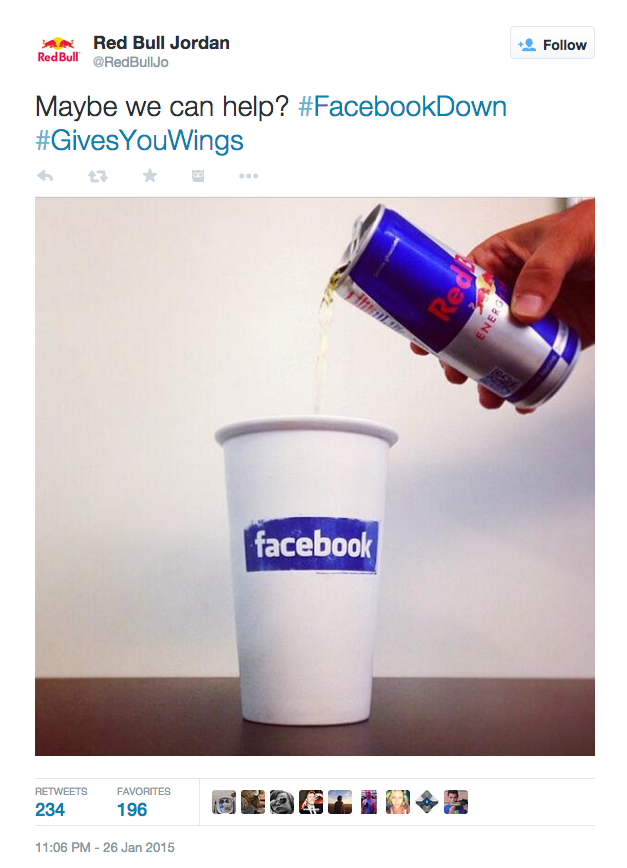 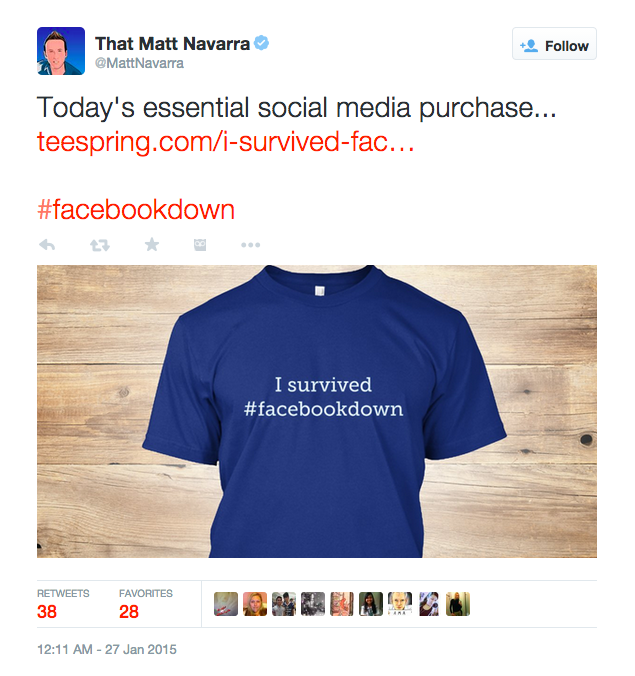 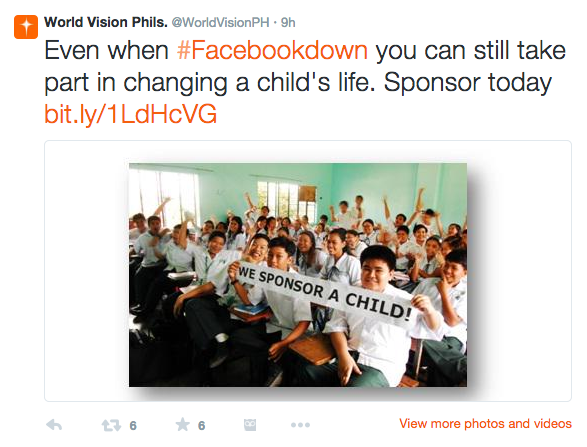 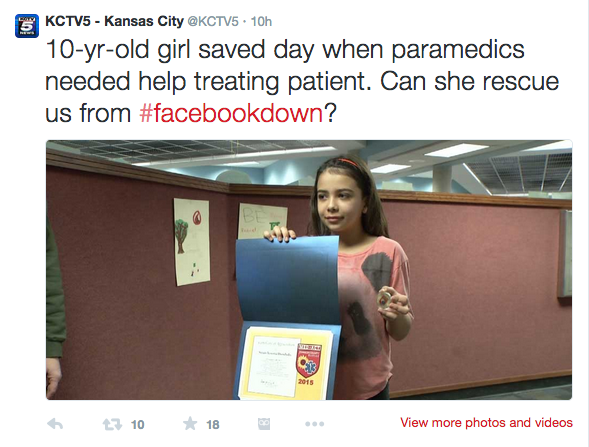 And about 24 hours from #facebookdown, Topsy Data tells us the hashtag was still generating some 500 tweets per hour, and did over 185k tweets for the day. A good day's worth of carnage by any extent.

Now to wait for the next incident marketers optimize for. Start preparing for #ZombieApocalypse... Vector Knives, here's looking at you.